Can’t believe I missed this one when it was first posted. But here it is:

You may remember that a while back I wrote a post about some special Jazz Cats from New Orleans.

Well, look what I got for Christmas! 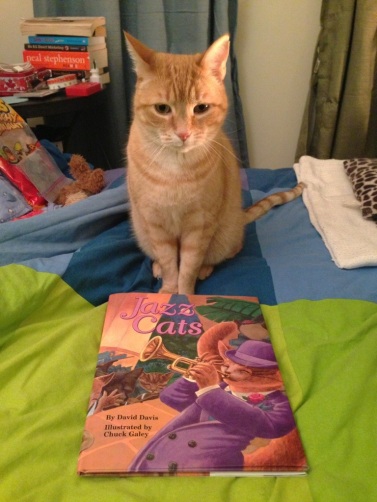 But that is not all. I opened the book and guess what I found?

The book is signed to me by Mr. Galey, who made the illustrations for the book!!!

A little more detail. He even did a drawing of me! Isn’t that great?

Well, that was an amazing present. Thank you so much Mr. Galey. I hereby declare you are one cool cat yourself!

And you should all buy the book about the coolest cats that ever lived in New Orleans!

Some of you will remember the 80’s.  Now, I’m a millennial cat but my human has told me about those crazy days of silly fashion and even sillier hairdoes.

Don’t worry, you’re not about to be rick-rolled.

I’m talking about the Stray Cats and in particular, their most famous song, Stray Cat Strut And since these cats are also 80’s cats hilarity naturally ensues. Stray Cats of a very particular kind, if you ask me but with a nice beat nonetheless.

END_OF_DOCUMENT_TOKEN_TO_BE_REPLACED

’cause everybody digs a swingin’ cat

Jazz Cat Jay also likes humourous things.  And he wants to share them with you. Cause smiling (and laughing) is good for the soul.

This time, I’d like to feature another famous cat.  Tom Cat. Which -incidentally, ties nicely with my previous post.

Now, Tom Cat is a short hair cat like me who unfortunately has to share living quarters and screen credits with the most annoying mouse in the history of mice.  However, despite all the grief he gets from Jerry Mouse, the pair went on to win several Academy Awards in their long acting career (which includes 275 short movies, a three-decade running TV show and a feature film).  And he got to have some fun doing it so I guess it’s not all bad.

In the Cat Concerto short,  Tom plays a piano virtuoso who is giving a piano recital of the Hungarian Rhapsody No. 2 by Franz Liszt.

Then, un-cool, un-hep and definitely un-cat Jerry the mouse ruins the recital -even changing the rhapsody to a song called On the Atchison, Topeka and the Santa Fe at some point, tortures poor Tom and ends up taking all the applause and credit for himself!  The nerve of that insolent mouse!

Now, don’t get me wrong.  I have nothing against mice.  They’re great to play with.  Tons of fun, actually.  But this Jerry mouse is bad, bad news.

And the same goes for the song.  On the Atchison, Topeka and the Santa Fe is a very fine song, sung by the very fine Judy Garland.  So fine, that it also won the Academy Award for Best Original Song that year.  And Judy Garland, well, she’s simply too cool for words.

But so rudely interrupting such a beautiful performance of the Hungarian Rhapsody No. 2 by Tom Cat? well, that is nothing short of blasphemous.

Nonetheless, this is a great short movie.  Just ignore the little pest. 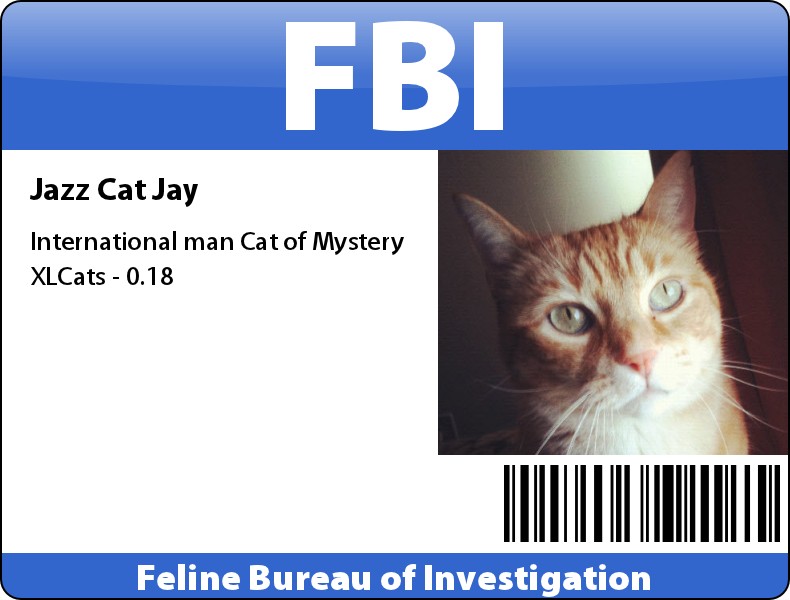